Harborcoat, the latest project from Matthew Carlson (The Stick Arounds, Pantones, et al) will be releasing their debut album this fall and are having a CD release party at The Avenue Cafe on August 24! The debut album, Brutal Gravity, is a 12 song “exploration [of] the quiet desperation, darkness, and inertia that can lie underneath the veneer of the oft-romanticized life in small-town/rural America” and features contributions from, among others, Carlson’s Stick Arounds bandmates and The Hat Madder’s Isaac Vander Schuur. Isaac’s mitts are actually all over this record as he engineered and produced it and you can feel a little bit of that Hat Madder grime throughout, which is welcome to the ears while the Hat Madder are on hiatus. In addition to scratching all kinds of GTG friend itches, the record basks nicely in the tradition of REM, Big Star, Guided By Voices, et al. Basically, it’s another Midwest-weirdo-pop classic from GTG! Check out the video for lead track “Missing On The 4th of July” below:

Get your CDs early at the album release show and stay tuned to the band’s socials for info on both the wider release AND a limited edition vinyl release. GTG124! 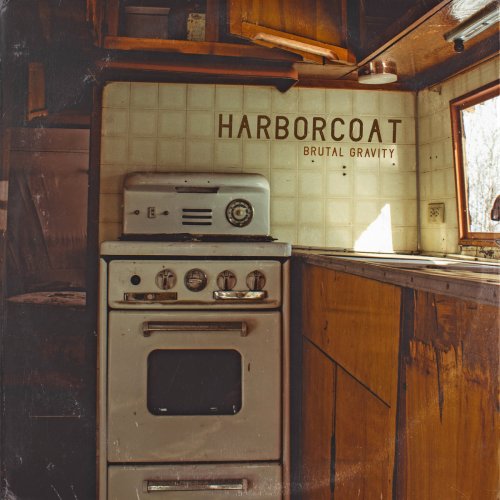 Posted in Album, Harborcoat, The Hat Madder, The Stick Arounds