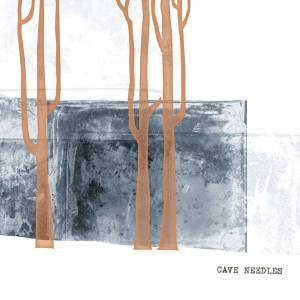 This Saturday, June 28th we will be having a release party for the self-titled debut album by Michigan shoegaze/ indie/ beach-rock band Cave Needles. This band formed less than a year ago out of the ashes of various post-hardcore bands, the members itching to try something new. The result is a collection of concisely crafted, ethereal yet catchy songs that owe equal debts to classic garage rock, 1980s 4AD artists, and modern spacey luminaries like Real Estate and Wild Nothing. The CD and digital versions of this album are being released by GTG, with the vinyl coming from Warm Ratio / Disposable America and the cassette being released via RTA Art Collective. We’re very excited to be working with so many great people with this release!

The release party is Saturday June 28th at the Avenue Cafe in Lansing, MI. For the party we managed to pull Lansing space-rock legends (and future GTG artists? wha?) Calliope out of their basement and we will also be hosting fellow Warm Ratio artists Sapphic. RSVP via the facebook here if that’s your thing.