Drinking Mercury is playing a show! 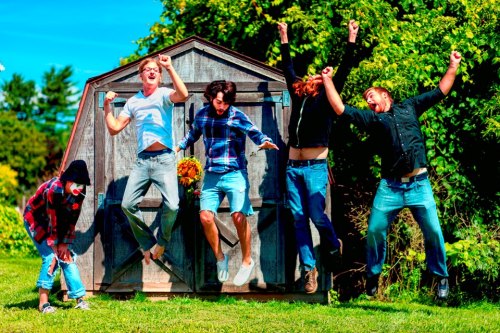 I get excited about every show I play. You never know how a show is really going to go, it could look like it’ll be a great crowd and then the response is tepid… the room could be empty before you start and then suddenly fill up with enthusiastic, awesome people. The band could be a well-oiled machine but then inexplicably fall off the rails for no real reason, or you could be under-rehearsed and then totally nail the set. Every show has the promise of something new and exciting and I hope that never changes.

This Friday I’ll be playing the first proper show in over two years by my very first band Drinking Mercury. We’re playing at GTG House with Brook Pridemore, Elroy Meltzer, and Rent Strike. This band has continued to exist for over 16 years because the sheer joy of making music together is something that we can’t get away from and even when we don’t do anything for extended periods of time we can always pick it back up where we left off. We’re currently recording for a new split LP that we’ll all be talking about plenty in the not-too-distant future but as is the nature of the band it could be another little while before we play live again and, well, playing live is incomparable to anything else. Get some insights into our recording and rehearsal process on the band facebook page and try and get as excited as us.

I don’t really have more to add. Just excited! Being excited is cool, right? Kids still use that word still… “cool”? – Tommy