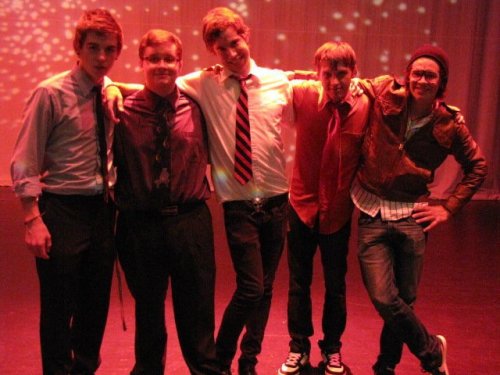 That’s the Jason Alarm photo that I had saved on the website from several years ago. Ha! But it kinda ties into my overall thoughts as we approach their reunion show THIS SATURDAY DECEMBER 5TH AT MAC’S BAR WITH SPECIAL GUESTS THE PLURALS, MR. FOX AND THE HOUNDS, AND DEAD HOUR NOISE of time passing without realizing and how it’s totally okay.

My relationship with Jason Alarm began in early 2008 when my old-but-still-together-sometimes band The Break-Ups played an all ages show at Mac’s Bar that was also the first show by a band from the Grand Ledge high school called Jason Alarm. This show was actually supposed to be at Replay Entertainment Exchange but had to be moved to Mac’s after Replay dropped their show calendar – I forget if it was because they were moving or some other reason. Replay moving to different store locations was kind of a running joke for awhile as in their first two years or so of business they were in four different locations. They’ve been at the same one in East Lansing now for over five years, so that’s another thing that’s changed over time and isn’t really a thing anymore.

Anyway, Jason Alarm were surprisingly good at that show, definitely talented and full of potential, and they made the members of The Break-Ups – old, wizened veterans at the age of 20/21 – feel like rock stars with their youthful enthusiasm for what we were doing. I kind of hate the fact that every time Jason Alarm or any of their members come up I automatically jump into this “those kids” conversation as I’m only five years older than them and I have tons of friendships of equal or greater age difference where that’s not even a thing, but it’s all about context I guess. They don’t deserve to have that vaguely condescending language about them as they totally proved themselves to be an original, hardworking band that did things that bands twice their age never do. And I respect the hell out of them, which I need to state before I go into the self-centered, caffeine-fueled, thought-exorcism that this supposed website update about another band is turning into.

GTG was officially one of the labels that put out Jason Alarm’s EP Engage in 2009 but we didn’t do a single thing to enable the release of that record! Ha! Maybe we encouraged them somehow, I dunno. Back in 2008 this guy Jeremy was a part of GTG and he wanted to produce a Jason Alarm record so he brought them over to the GTG studio and recorded demos but then moved to Boston fairly unceremoniously, so I was left in this awkward position of trying to salvage the friendship with these younger musicians who kind of had the rug pulled under them for their “debut” recording project. Plans were made to record with me but I was busy whenever they wanted to record – what I was doing back then I have no idea… going to school… what else? This was before The Plurals were a touring band and with the way I operate now the only way I wouldn’t make time to work on a recording project, especially one for the label, is if I were on the road and physically unable to be around. Hattie and I were talking at Plurals practice the other day about how we don’t even really remember what being in The Plurals was like before we really dove into touring, and that’s weird because there were several years and songs, shows, and bands we played with that in some weird way don’t even “count” in my mind when it comes to what I’ve done with the band and the label. This doesn’t mean that these things don’t actually matter or are in any way inferior, but my perspective on things has changed so much in the last five years (because everybody remains the same throughout their twenties right? What a terrible fucking world that would be…) that the things I did prior to 2011 when I really went all-in on this music stuff is that all of that was part of some vague “set-up” to what I do now and it’s like a series of blacked out passages with footnotes. And Jason Alarm is squarely in the middle of that bizarrely blacked out part of my mind so the reunion show this Saturday is like my 20-year old self is checking in with my present-day 28 years young person to see what’s up.

And that’s how the show Saturday is going to go in ways: people from previous scenes are going to appear out of thin air with slightly-differently shaped faces, different colored hair, beards, tattoos, glasses… ex-straight edge kids are going to buy me a shot, reformed party animals are going to show me pictures of their healthy, happy children, and I’m going to say that everything is cool, I’m just working on the same stuff. And in my mind I’ve just been stepping on and off stage for five years, jumping back and forth between the same few part-time jobs, seeing the country a few times a year, and thinking about songs, while everyone else will be reminding me that, oh yeah, almost a decade’s worth of things have happened since I met these people. And it’s gonna be a great time! Unlike any so-called “real world” reunion that I mostly succeed at avoiding (sorry 10 year high school reunion).

I’ve always felt bad that GTG Records didn’t really partner up with Jason Alarm in the way that I wanted to. The agreement early on was that I would donate my time to record it,  Cale from Bermuda Mohawk Productions would press the EP, and it would come out as a BMP/GTG co-release. Everyone involved still put the GTG logo and stuff on the release when it did ultimately come out (at the Sun Theater in Grand Ledge with an all ages show featuring Jason Alarm, The Plurals, and Cheap Girls… that’s a show I want to go to now!) without me or anyone else in GTG doing anything, which was cool, but… it was probably one of those watershed moments that made me think “hey, we need to be better at this label thing.” And it took us many more mis-steps before we finally settled into this present day thing that I’m so proud of, so I guess I can thank them for that. But it was also really cool that they excelled on their own, and I got to watch from the sidelines as they broke up once in 2009, reformed a few months later, became more ambitious musicians, had members come and go, toured and put out some singles, and then called it a day a couple years later to move onto other things. And it was awesome to witness the whole evolution of someone else’s adventure, which is something that I really enjoy doing as part of the label and general music community. So while in ways I want to slap twenty-year old me and tell him to just get over himself and make time to record this cool young band, I can appreciate what happened in the non-idealized Tommy-does-whatever-he-should-do reality that we all occupy.

Maybe it’s the arbitrary “year-end” self analysis that I tend to go through every December, but I have a lot of appreciation for everything that happened in the patchwork representation of events that I’ve written about above, and I’m glad that I still get to be a part of it. Enjoy your own adventure, don’t get bogged down by the past, and, seriously, I promise you there’s no reason to shoot anybody. That’s a 2015 timestamp for future readings of this entry if there ever was one. Now, here’s another random photo that I found on the website media archive while looking for that old Jason Alarm photo: 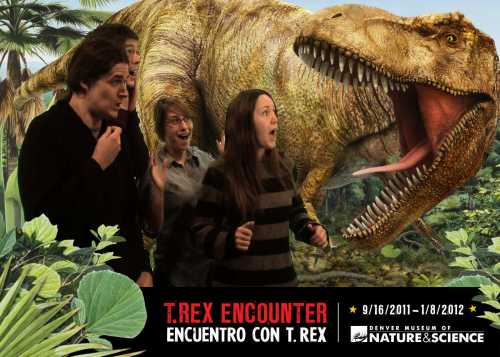 And I’m also partial to this photo that I used for Josh David & the Dream Jeans for awhile, solely to spite Josh David for harassing me about not updating the page about them enough: 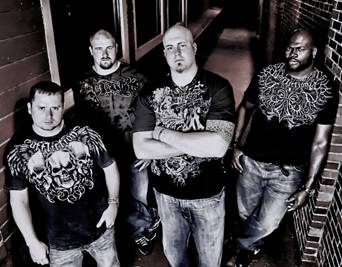 Thanks for reading if you made it this far! And if you just skipped down here for some reason that’s cool too! – Tommy Plural