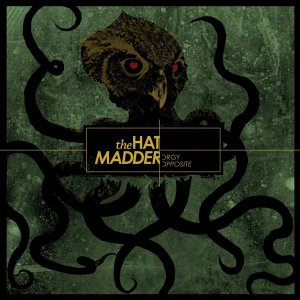 Listen up clowns, The Hat Madder released an LP in late 2012 called Orgy Opposite and it’s awesome. In a just world every radio station would just be spinning the whole record in sequence in heavy rotation, and then we’d be getting a little irked that no one is buying the record because they’re taping it off the radio, but this is not a just world… and no one listens to the radio and tapes things off it anymore. Pour a 40 out for the 90s. So, get the damn record. It’s 9 songs of brilliant psychedelic influenced rock, meticulously crafted but not pretentious and heavy on the hooks. Here’s a 3d video for a song off the album:

You can stream and buy it on bandcamp, but I highly recommend you order the LP from the GTG webstore. If clicking on the store link is a hassle, here’s your one-stop way to get the album:

So, curl up with a hot chocolate (spiked with schnapps if that’s your thing) and put the record on. Nothing wrong with staying in… GTG can always keep you company.

This entry was posted in GTG Activity. Bookmark the permalink.